The day before yesterday the Firmware Version 0.2.1 was released. The most important change for users is the possibility to configure bt-trx via the WLAN web interface. In version 0.2.1, the following settings can be configured via the web interface:

In addition, the two headset models “Fontastic NAT+” and “Jabra Evolve 65” have been reported to be compatible to bt-trx. 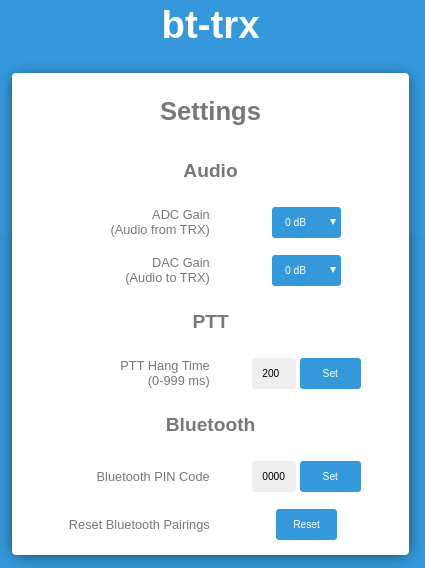 The documentation for this version in the bt-trx manual will be added in the coming days.

Furthermore, the DIY kits for the bt-trx v4.1 are available in the thinkstack Shop again.

Template and 3D-data for the front panel available